Sreyas College has taken various precautions as per AICTE Norms to prevent ragging and ensure 100% no-ragging. 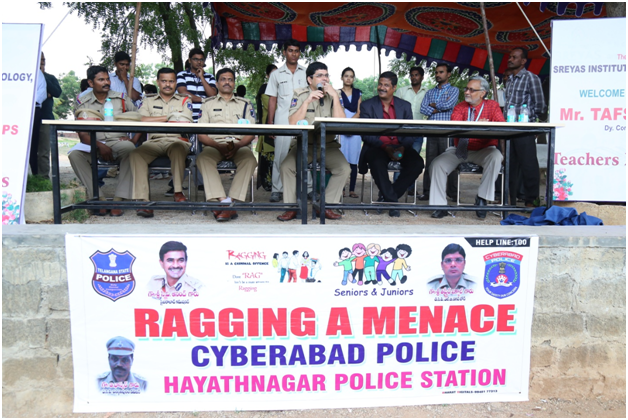 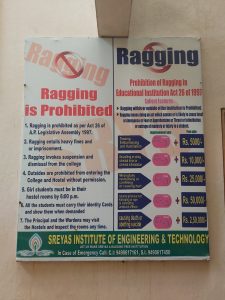 Ragging means causing physical and / or mental trauma to a person as a result of physical abuse, manhandling, using abusive language or gestures or forcing to perform acts that may cause physical/mental damage. Ragging is a social, cultural and psychological menace. Students are urged to keep-up the glorious tradition of SIET and not to indulge in any activity within or outside the campus that may be construed as ragging. Any student, if found involved in any such activity, directly or indirectly, shall not only be expelled from the institution but also the matter will be reported to police / legal authorities for further necessary action.